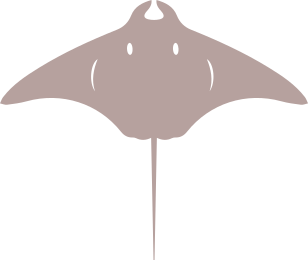 Quick video exploration on what identity is and what it means.

What are identities and roles? I kind of throw roles in here to help more easily define identity. Identities are anything that you can say, “I am a ______” and that can be all sorts of things, but roles, I think, have a gentler feel to them. So you might look at it and say, I am a friend, I’m a father, I’m a mother, those are identities, but we see them a little more as roles. It’ll all roll back in together. Many times, these identities put a lot of negative spin on a negative construct on them, but these can be things such as “I am an American.” “I am a man.” “I am a Republican.” “I am a Democrat. “

There are all sorts of things that we can bundle into that. And typically, we see those identities as membership into a group. It doesn’t have to be, but we usually see that. So what does, what does that identity mean? When you bundle into that group when you identify into that role, it comes with a series of beliefs and values, and actions that will be part of that. And these can be potentially harmful.

So let’s say that I have this strange desire to become a clown. So I want to be a clown. I think I’m a clown and sorry, Jeff, if I offend you, my good friend, Jeff is a clown. You know, I say this with all the love. So, identifying as a clown comes with certain things. Maybe it comes with face painting. Maybe it comes with balloon animals maybe becomes big oversized novelty shoes, but I’ve got personal issues with shoes. I don’t like face painting, and balloons disgust me. Well, that role, that identity of a clown, is not going to suit me well. And as I push myself towards that, it’s going to fail, and further that one of the things that I think come with the identity of a clown joking aside is maybe even a belief that it’s your job to make everybody happy. And I know from my friend, Jeff, that that is something he believes in. He does drive to make everybody happy. But if these things aren’t aligned with who I am as a person and that, that identity doesn’t fit me.

So good identities and good roles as they meet and fit our beliefs and values can be a tremendous sense of strength to us. We see people who take pride in being a good brother, a good friend, and a good whatever religious affiliation they are because they’re helping, driving, whatever that is. It’s meeting their values, meeting their beliefs, meeting their needs. I identify as a scuba diver. It was something that I didn’t think I would do, but once I got into it and got wrapped up in it, I started understanding their values and beliefs and the value that’s put on marine life. Boy, it’s amazing. And seeing these vistas that are almost like alien worlds, it was unreal. And further that with the technical aspect of the wires, the hoses, the weights, the computers, which spoke to me on a deep level. Most of you guys know I’ve got an IT background. So the technical stuff is just, yeah, that’s me.

But find those identities, find those roles in your life, and how do they apply? What are they doing for you? What are they holding you back from? Maybe there’s a role that has a belief that’s rubbing you the wrong way. And that kind of dichotomy can lead to a lot of unhappiness. So if you need any help identifying these roles, beliefs, values, reach out. I can help. I’ve got a system in place that helps build that assessment of who you are and where your drives and desires, and goals should be. And once you have that roadmap, it’s easy to start plotting along to building a better use. So make yourself better day by day, make little changes, find those things that are the right things for you. And if I can help reach out, thanks. 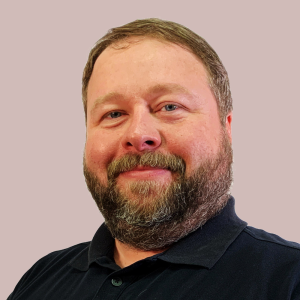 Won’t I have cravings when I quit smoking?

How successful is hypnosis for quitting smoking?

The Best Quit Smoking Hypnosis Method For Me

Why can some people walk away from smoking?

No spam, notifications only about new products, updates.
PrevPreviousFive critical questions when looking for a hypnotist to help you quit smoking.
NextIntrovert vs ExtrovertNext
On Key

Won’t I have cravings when I quit smoking?

Quitting smoking has been touted as the best decision one may ever make.  Millions of people have successfully quit thanks to the many methods and support available.  However, some smokers fear that they will develop cravings once they stop smoking. Is this true?  If so, what can be done to prevent it?   Learning more about these cravings may shock you and these aren’t the answers you were expecting.

How successful is hypnosis for quitting smoking?

The Best Quit Smoking Hypnosis Method For Me

Why can some people walk away from smoking?

Do you ever wonder why some people can just walk away from smoking as if it were the easiest thing to do?  Then others spend